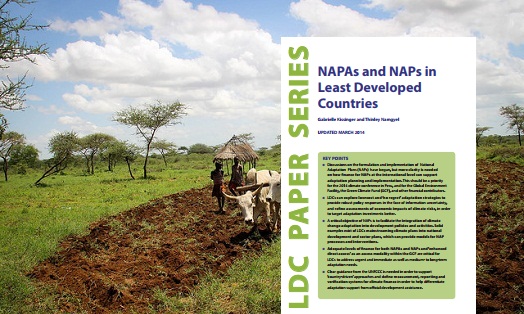 In order to support discussion of the NAP process within the UNFCCC and at the national level in LDCs, this brief explores current trends, commonalities and barriers LDC PAPER SERIES NAPAs and NAPs in Least Developed Countries 3 that LDCs face in the process of formulation and implementation of NAPs in late 2012,6 as requested by the COP. This brief first focuses on the distinction between NAPAs and NAPs, including goals, rationale and processes, and examines the four priority areas related to the preparation of the NAPs